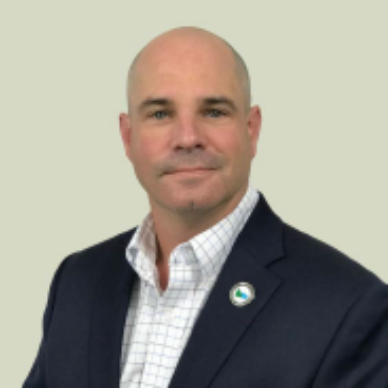 Nick Cali began at the Southeast Louisiana Flood Protection Authority – West (SLFPA-W) in March of 2017 as the Chief of Operations, and later transitioning to Regional Director in September 2020.

Prior to being hired by SLFPA-W, he served as the Executive Director of the Lake Borgne Basin Levee District in St. Bernard Parish, LA from June of 2012 until March of 2017, where he maintained responsibility for an organization tasked with providing virtually all of the flood protection and drainage in St. Bernard Parish.

In addition to his work with flood protection, Nick has served in the U.S. Army, both on Active Duty and in the Army Reserves for over 21 years. While on active duty, he was assigned to the New Orleans District Corps of Engineers from 2009-2012 as a Project Manager and as an Area OIC (Officer In Charge) for the construction of the St. Bernard Parish portions of the Hurricane and Storm Damage Risk Reduction System.

Nick continues his military career in the Army Reserves as an Engineer Officer. He is currently a Lieutenant Colonel, assigned as an instructor with the 87th Training Division in Birmingham, AL. He is a combat veteran, serving as a Scout Platoon Leader with the 4th Infantry Division during Operation Iraqi Freedom from 2003-2004.

Nick holds a Bachelor of Science from Louisiana State University, and a Master of Science in Geological Engineering from Missouri S&T.